However, the realities of today’s world indicate that a disparity still exists in the opportunities available to men and women. Though this is a systemic issue that stemming from a number of social and political factors, our faith reminds us that we all have a duty to play a role in bridging the gap between men and women. It is incumbent upon us, as Sikhs, to challenge the gender inequalities that exist and to actively inspire, motivate and embolden all women to become influential leaders of society.

This International Women’s Day, we were lucky to sit down with two incredibly successful women in the Australian Sikh community to ask them questions about how they became influential in their industries. 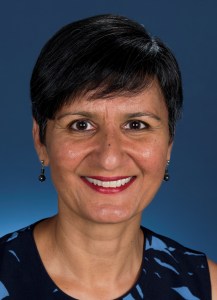 Harinder Sidhu joined the Department of Foreign Affairs after graduating a Bachelors of Economics and Law at the University of Sydney in 1987. During her career as a diplomat with the Department of Foreign Affairs, she has had postings to Cairo, Damascus and Moscow. Harinder has also worked in the Department of the Prime Minister and Cabinet, the Office of National Assessments, and the Department of Climate Change. In 2016, Harinder was appointed as Australia’s High Commissioner to India.
Q: Women represent only 17.1% of CEOs in the country, which evidences that a glass ceiling still very much exists in today’s world. What advice do you have for women who want to break through this glass ceiling to become leaders in their workplace?

A: The reasons for a ‘glass ceiling’ are complex and often beyond the ability of any individual woman to change. They go, for example, to cultural factors in the workplace or wider society, as much as to the qualities of the women themselves. So any advice I would have would only be partially effective.

In that case, my advice would be for women to step up to leadership in the first place. Put your hand up for leadership roles – large and small. Don’t be put off or daunted by the fact that nobody you know has done it before or that you don’t seem to ‘fit’ the organisation’s picture of a leader. Have confidence in what you can bring and contribute, even if you are the first woman to do it. And then, bring your best self to the role. It takes courage and it takes hard work, but the rewards are many and great.

Q: Research has shown that women are more likely to be perfectionists than men. Whether it is being afraid to ask for a raise, apply for a new job or ask a question in a board meeting, they are more likely than men to hold back until they are 100 per cent they can predict the outcome. How do you deal with the idea of perfectionism in your work?

A: I’m not sure I agree with your framing here. I think that women are (rationally) more cautious about putting themselves forward because the cost of failure for women is still too high; rather than because they are perfectionists. The issue is systemic, rather than a problem with women per se. But in part it is also about overcoming a fear of failure.

So, how do I deal with this? Two things: one, have a realistic (not over- or under-inflated) understanding of your professional strengths and weaknesses; and two, maintain a sense of perspective. This means learning to articulate what value you bring to the task or role. Be prepared to take risks – such as applying for a job or asking for a raise. Accept that failure is part of the deal, but it is not fatal to your prospects. Rather, treat failure as an opportunity to learn and grow. Persist and don’t give up. 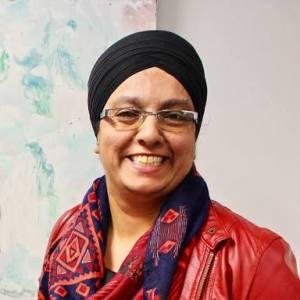 Jatinder is the Director of JK Diversity Consultants and is an Accredited Mental Health Social Worker Specialist working with migrant and refugee communities. Jatinder’s professional career spans 18 years and across various scopes of practice including research, child protection and family support. In 2010-11, she was appointed by the Australian Government on the Access & Equity Inquiry Panel. In 2017-18, she was the first Indian Sikh woman to be appointed to the Parole Board QLD and served as community member for 6 months.

Q: Women are known to encounter more barriers in their pursuit of a successful career compared to men. Some of these include the unconsciousness biases that exist in a male dominated workforce, being a victim of imposter syndrome or raising a family. As a female leader, what has been the most significant barrier in your career? How did you overcome it?

A: Despite being highly skilled and triple degree holder, I have been overlooked for senior positions within Government at a higher pay level so that tells that nepotism, racism and discrimination still exists.

A: Despite being highly skilled and triple degree holder, I have been overlooked for senior positions within Government at a higher pay level so that tells that nepotism, racism and discrimination still exists.

How I was overcame that was to remain resilient and aspire to higher standard – keep doing good work and eventually people will seek you out for your skills, knowledge and expertise. In other words, your career journey is not a sprint but is as slow steady marathon. At times there will be a few up and down hills but eventually there comes a time for smooth ride.

Q: Research has shown that women are more likely to be perfectionists than men. Whether it is being afraid to ask for a raise, apply for a new job or answering a question, they are more likely than men to hold back until they are 100 per cent they can predict the outcome. How do you deal with the idea of perfectionism in your work?
A: Striving for success or achievement is not easy. With time, age and wisdom you realise that there is need for balance. Pursuit of wealth shouldn’t be your only goal. Having a family and good health, including mental, spiritual and physical health, are all important when striving for success. There is a need to be kind and gentle to yourself. We are only human and we will make mistakes and learn from them.

Being a Sikh woman in 2020 also requires me to reflect on Sikh faith values, principles and ethics to ensure that my professional career does not contradict my Sikh faith. Dasvandh is not just about giving money to charity, it’s also about showing kindness, compassion to less fortunate and being humble and considerate of those less fortunate. For me, my dasvandh is also my time which I give back to my community and to those who seek my help and assistance.

YSPN Perth: Secrets to Standing Out in a Dynamic Economy

YSPN Sydney: Adapt and Thrive – Riding the Wave of Change